Computer-Implemented Inventions at the EPO 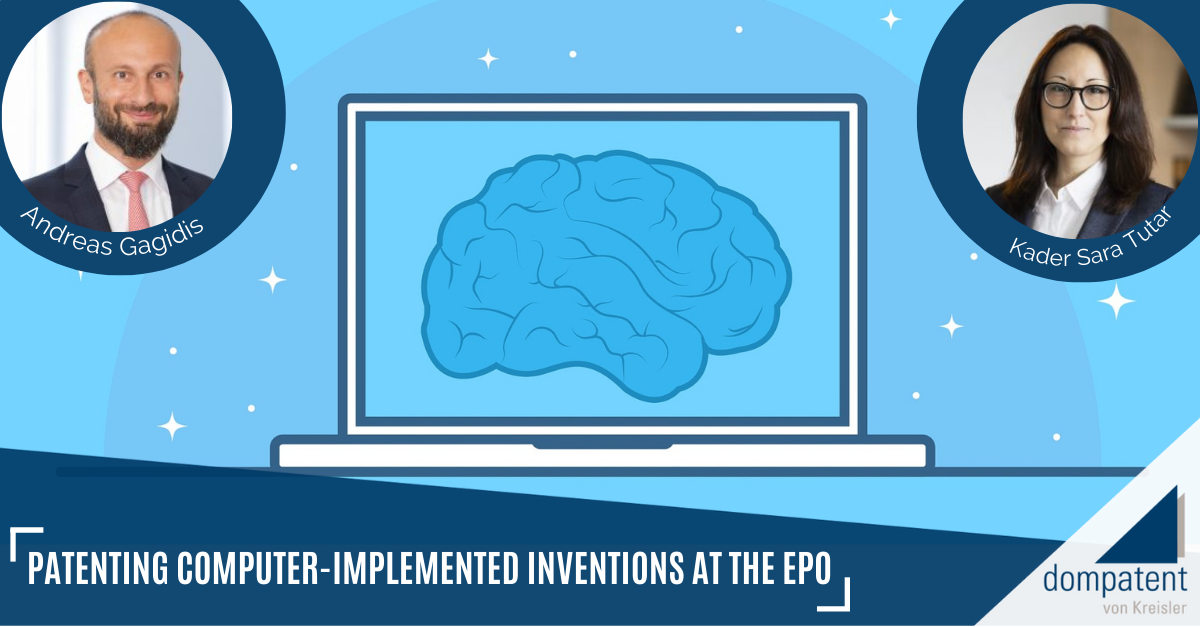 In recent decades, digital technologies have evolved rapidly and today, “computer-implemented” or “software-related” inventions can be found in almost all fields of technology. Thus, like in any other field of technology inventors aim to protect their innovations through patents. However, with regards to obtaining patent protection for computer-implemented or software-related inventions at the European Patent Office (EPO), there are certain particularities that need to be considered and specific requirements that must be met. These requirements are either defined within the European Patent Convention (EPC) itself or are based on the interpretation of the EPC provisions developed in the case law of the Boards of Appeal of the European Patent Office as well as the Examination Guidelines.

For computer-implemented inventions, a framework called the “two-hurdle approach” has been developed in the case law of the Boards of Appeal, which has been confirmed once again by landmark decision G 1/19 of the Enlarged Board of Appeal (please refer to our detailed analysis and summary of key takeaways here: https://www.dompatent.de/en/patenting-computer-implemented-simulation-at-the-epo/). This twofold test includes the eligibility hurdle on the one hand and the patentability hurdle on the other hand.

First and foremost, to be patentable, any computer-implemented invention must overcome the “patent eligibility hurdle” which is the starting point for assessing the patentability of any subject-matter under the EPC. The eligibility hurdle comprises two requirements. According to the first eligibility requirement, there must be an “invention” in any field of technology or in other words, the claimed subject-matter must not fall under the “non-inventions” defined in Art. 52(2) EPC.

However, this exclusion is limited by Art. 52(3) EPC to subject-matters and activities that are claimed “as such”. Basically, this provision reflects the legal tradition underlying the European patent system that patent protection should be reserved for technical creations. Thus, a claim merely directed at a computer program as such is regarded as “abstract” subject-matter without any technical character and is therefore, excluded from patentability under Art. 52(2)(c) and (3) EPC. However, Art. 52(3) EPC also implies that one technical feature is sufficient for patent eligibility. If the claimed subject-matter is directed to or uses technical means, it is an invention within the meaning of Art. 52(1).

In other words, the eligibility hurdle can be overcome by defining subject-matter directed to a technical process or to the internal functioning of the computer itself or its interfaces. According to decisions T 258/03, T 424/03 or G 3/08, any method that involves the use of technical means or any technical means itself has technical character and thus represents an invention within the meaning of Art. 52(1) EPC.
As can be seen, the eligibility hurdle constitutes a rather low threshold that can be overcome quite easily: Claims directed e.g., to a “computer-implemented method”, a “computer-readable storage medium” or a “device” cannot be objected under Art. 52(2) and (3) EPC.

However, the exclusion does also not apply to claims directed at computer programs having a technical character.
The requirement related to the existence of a technical character or of “technicality” is contained in several provisions of the EPC (cf. e.g., T 1173/97, T 641/00, T 258/03). Aside from Art. 52(1) EPC, which states that “European patents shall be granted for any inventions, in all fields of technology”, some provisions defined in the Implementing Regulations of the EPC also implicitly refer to the requirement related to a technical character. According to Rules 42(1) and (3) EPC, the invention must be of “technical character” to the extent that it must relate to a technical field (Rule 42(1)(a) EPC) must concern a technical problem (Rule 42(1)(c) EPC) and must have technical features in terms of which the matter for which protection is sought can be defined in the claim (Rule 43(1) EPC).

The second hurdle is related to the patentability of the claimed subject-matter which in practice, in particular with regards to inventive step might be more challenging to overcome than the eligibility hurdle.
While patent eligibility is an absolute requirement and is thus assessed without reference to the prior art, with regards to the patentability hurdle, the prior art serves as a starting point and reference for the assessment of novelty and inventive step of the claimed invention and thus, for overcoming the patentability hurdle.
But since computer-implemented inventions often comprise a mix of technical and non-technical features, which features are considered in the assessment of novelty and inventive step?

For computer-implemented inventions, inventive step is assessed using the COMVIK approach that was established in decision T 641/00 and furthermore confirmed in decision G 1/19. This approach is a special application of the problem-solution approach to “mixed-inventions”.

In the second step, based on the features contributing to the technical character of the invention identified in step one, the closest prior art is identified.

However, if the differences include features making a technical contribution, the objective technical problem is formulated on the basis of the technical effects achieved by these features.
In addition, if the differences include features making no technical contribution, these features, or any non-technical effect achieved by the invention, may be used in the formulation of the objective technical problem as part of what is “given” to the skilled person, in particular as a constraint that has to be met.

In the last step, it is assessed whether the claimed technical solution to the objective technical problem is non-obvious to the person skilled in the art. If answered to the affirmative, the claim involves an inventive step.

In summary, the patentability hurdle can be overcome if the claimed subject-matter provides a non-obvious technical contribution to the prior art.

When it comes to obtaining a European Patent for a computer-implemented invention, the following key aspects might increase the chances for success significantly: