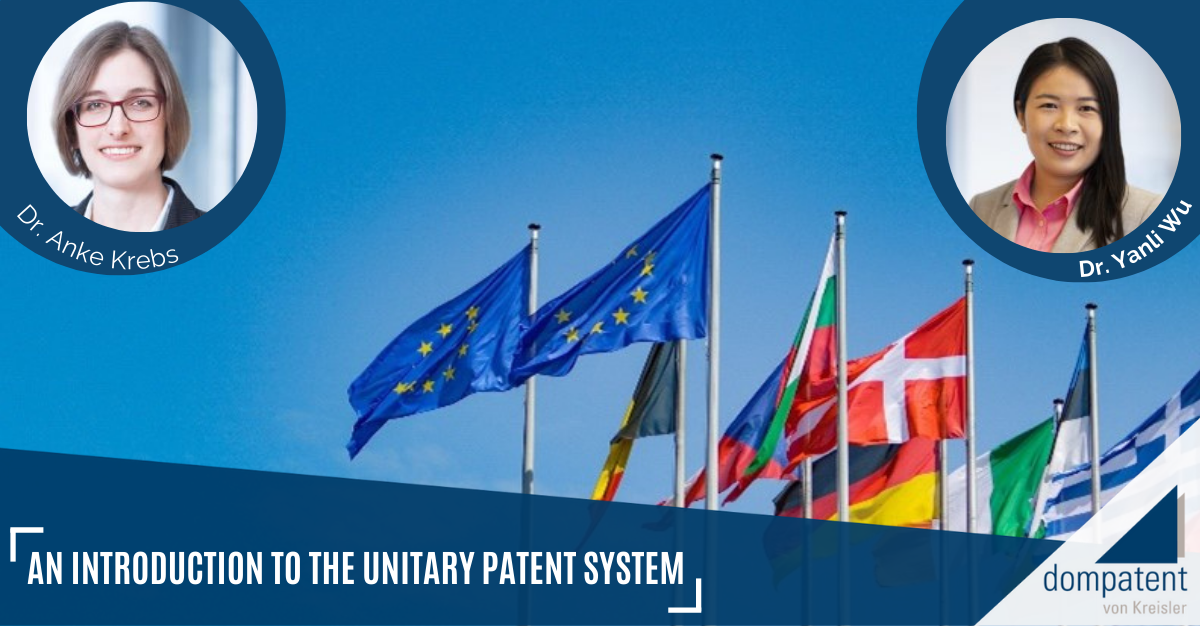 Since a unified patent system within the European Union was proposed in the 1970s, the unitary patent system and the Unified Patent Court (UPC), after nearly half a century of repeated consultations and unremitting efforts, is expected to enter into force beginning of 2023.

Patent protection in Europe can either be attempted on a national basis in each country or by way of filing a patent application directly with the EPO and have their patents validated in the countries of interest after the EPO grants them a patent, which is called a “classic” European patent.

In order to establish a unified patent protection system across Europe, the unitary patent system and a Unified Patent Court were established. After the unified patent system comes into force, it will offer unitary protection in all participating member states across the European Union. The unitary patent system offers a centralized procedure in protecting and defending inventions across the European Union. One single court, the UPC, will be responsible for both infringement and nullity proceedings concerning unitary patents. The UPC provides an approach for patent proprietors to avoid the high cost, risk and complexity of multiple litigations in different jurisdictions.

The Unitary Patent offers broad and uniform territorial protection while eliminating the need to comply with validation requirements in the participating Member States. Moreover, the Unified Patent Court offers the possibility of centralized litigation proceedings. Also, as regards the management of a Unitary Patent, transfers, licenses and other rights only need to be registered once, thus considerably reducing administrative complexity and associated costs.

A unitary patent may be gained by filing a request for unitary protection with the EPO within one month of the grant of the patent. Accordingly, until the grant of the patent, the applicant can rely on the proven service of the EPO, including opposition and appeal proceedings. During the transitional period, the applicant may choose whether to file a request for unitary protection, thus gaining a patent which offers protection in all participating member states, or whether to continue with the “classic” system of validating the patent in selected countries of the EPC.

Under the unitary system, renewals fees will be paid with the EPO, even after grant of the patent. Also, at least during the transitional period, a full translation of the patent specification needs to be provided, namely:

Generally, as soon as the unitary patent system is in force, it will apply to all pending and granted European patents, i.e., the Unified Patent Court will be solely responsible for actions of infringement and nullity, thus bearing the advantage that a potential infringement in more than one country can be dealt with in a single, centralized procedure but also the simultaneous risk that the patent may be revoked for all countries through a single nullity action.

In order to decide for which patents opting out is advisable, the patent portfolio should be reviewed.

The following points should, in particular, be considered: a) if there is more than one proprietor, an opt-out can only be requested collectively, so agreement needs to be sought beforehand; b) the patent should be properly assigned to its proprietor and registered correctly such to avoid any problems when opting out.

When deciding whether to opt-out, it should also be noted that opting-in is possible at any time as long as no proceedings are pending before one of the national courts.

To encourage early uptake of the Unitary Patent, the EPO has introduced two transitional measures for users. These measures apply to European patent applications having reached the final stage of the grant procedure and will be made available ahead of the entry into operation of the Unitary Patent system. This date is three to four months before the entry into force of the UPCA.

The first measure enables applicants to file requests for unitary effect before the start of the Unitary Patent system.

The second measure makes it possible for applicants to request a delay in the issuance of the decision to grant a European patent. This will allow a European patent that would otherwise have been granted before the start of the new system and thus miss the opportunity for unitary effect, to have its grant delayed so that it will then become eligible for request for unitary effect when the new system enters into force.

If the new system of the unitary patent is of interest for a pending patent application, this should already be noted now in order to use one of the possibilities offered by the EPO if required.

For more detailed information, please join our Webinar on 8 September at 14:00. In particular, Dr. Anke Krebs, LL.M. will talk about the following topics:

Please note that the Webinar will be held in German, and you can join the free Webinar